That’s what many older people, who pride themselves on their grammar, say about use of the pronouns, “they” and “them” in referring to a single person. To be honest, that’s what I thought (but did not say) the first time it came up in my life.

A few years ago, I was part of a group of ACLU volunteers participating in a lobby day in Sacramento. When we signed in for our first meeting, we were asked to fill out name badges with our names and pronouns. Initially, I had to stop and think to remember what a pronoun is and next, I wondered why I was being asked.

My question was soon answered when the group moderator explained that some people do not identify as being male or female notwithstanding the sexual organs they are born with. It was further explained that “sex” and “gender” are separate concepts. Sex refers to genitalia and gender refers to personal, societal and cultural perceptions of sexuality.

As to the grammar matter, it turns out that “they/them” has long been used in the English language in reference to a single person. Wikipedia explains that use of “they” to describe a single person was in use as far back as the 14th century and has been commonly used ever since. Examples of singular use of they are: “Somebody left their umbrella in the office – please let them know where they can find it.” “A journalist should not be forced to reveal their sources.”

Initially, I thought use of they/them was kind of silly. However, after meeting some folks who use they/them and educating myself on the matter, and ultimately remembering my own issue with prefixes, I now understand how important words can be.

In the 70’s, the term “Ms.” came into our lexicon. I remember how many people thought this appellation was silly too. People exaggerated the pronunciation to sound like “Mizzz” and some snickered when asked to use it instead of Miss or Mrs.

As a young woman in 1970’s, I was thrilled to have a prefix to my name that did not identify me as either married or not married. As an early feminist, I embraced “Ms.” as an enlightened advancement, just as I disdained etiquette’s norm of classifying women as an appendage to their husbands as in Mr. and Mrs. John Smith.

An informative website that helped me understand more about this pronoun issue is mypronouns.org. Following are some tips and clues from this website that I found particularly interesting and helpful: 1) don’t make assumptions about gender based on appearance, 2) using the pronouns a person requests shows respect, 3) using incorrect pronouns can be offensive, 4) people who go by non-gendered pronouns may be intersex, transgender, non-binary, and otherwise gender nonconforming, 5) using a person’s name, rather than guess at pronouns, is a way to avoid mistakes, 6) use of gender-neutral language is another way to avoid mistakes, 7) when in doubt, ask what pronouns to use, and 8) if you make a mistake, apologize and do better the next time.

In addition to addressing people as individuals, there’s also the matter of addressing groups. When speaking in public and/or moderating a meeting instead of saying “ladies and gentlemen”, use salutations such as “friends”, “colleagues”, “friends and colleagues, or “esteemed guests”. Likewise, instead of saying “men and women” or “boys and girls”, consider using “everyone” or “all of you in attendance” to avoid potentially offending some in your audience. 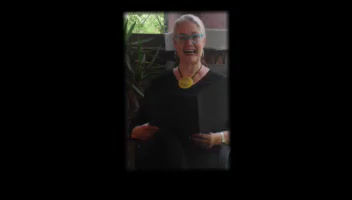